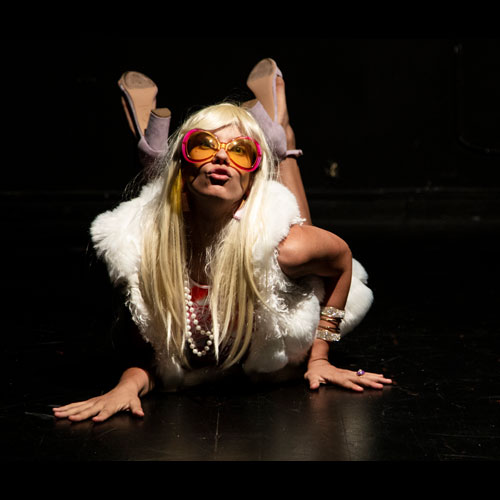 The Hippo troupe presents “IMMORTAL”: a multimedia play based on the Dead Brother’s myth absurdity that combines acting with modern kinesiology and music, and new media with cinema and painting.

Have we entered a new era and if not then will we try? The adaptation of the text is sharp, with many ironic elements and sharp language that refers to modern Greece today. The story has a particularly dramatic weight. The viewer watches an audiovisual spectacle, in which the actors tell a story. Using the myth of the Dead Brother we open an intertextual dialogue with works of art with similar themes. The parable of the Dead Brother is met with variations on many traditions and folklore narratives in the wider Balkans and the eastern Mediterranean. Central thematic motifs of the myth, are the power of the oath, the commitment to the promise, the pain of exile, but also those human characteristics that prevail over death: honesty, the sense of duty, the will. Central issues arising are the current political impasses, the current impasse pandemic situation and the management of gender identities by the respective powers.

Few words for the group: The HIPPO team was founded in 2009 and consists of Alexandros Raptis and Fotis Dousos. It is active in the field of adult and children’s theater and educational drama and is characterized by an “avant-garde” aesthetic that interacts with modern artistic wonders.  The group additionally, organizes seminars and theatrical workshops for children with educational care, love and fun in Greece, but also abroad. It is one of the few theatrical organizations in Greece that specializes in Applied Theater & Drama in Education. In November 2018, the group’s book entitled kinemo was released by Angelakis Publications, which summarizes the group’s theoretical approach to physical theater. In September 2020, the group founded Hippo Theater School, an online art school.