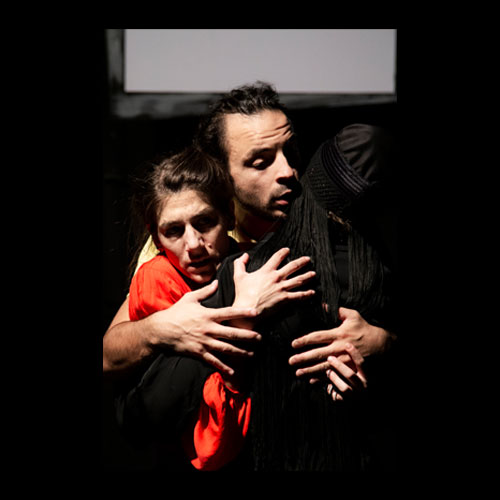 Kinemo is a theater seminar aimed at teenagers or adult amateur actors, dancers, students and those involved in movement and theater. The seminar will introduce the concept of kinemo, which is a method of approaching the theatrical act and is based on the body. Kinemo is a theatrical tool that created by the Hippo Theater Group. It has a complete analysis and description, imprinted in the book which published by the team in November 2018. Since 2010 in America, Canada, Europe and Greece, the theater group Hippo has started a multidimensional research on the actor’s body and its expressive potential.  Conclusions, achievements and results of this ongoing research process will be part of the seminar. In addition to the personal experience of the group, the seminar will be based on principles developed by great theater theorists such as Grotowski, Barba, Johnston.

A few words about the group:

HIPPO was founded in 2009 and consists of Alexandros Raptis and Fotis Dousos. Has done performances for children and adults in Greece and abroad. The main concern of the group has always been mobility and communication with as many as possible communities in villages and cities inside and outside Greece. The group started from their provincial town Serres and gradually expanded to the mainland and islands in Greece. They have toured outside Greece, in Cyprus, in the USA, in Canada, in England, in Germany, Belgium, Switzerland, the Netherlands and Australia. In this way they contribute in the strengthening of the Greek language abroad and in the strengthening of the cultural relations between the Greek community abroad and the metropolitan Greece. The group presented theatrical programs and experiential seminars for children and adults with incomplete knowledge of Greek (or with zero knowledge) since they are the offspring of third and fourth generation immigrants, with wonderful results.