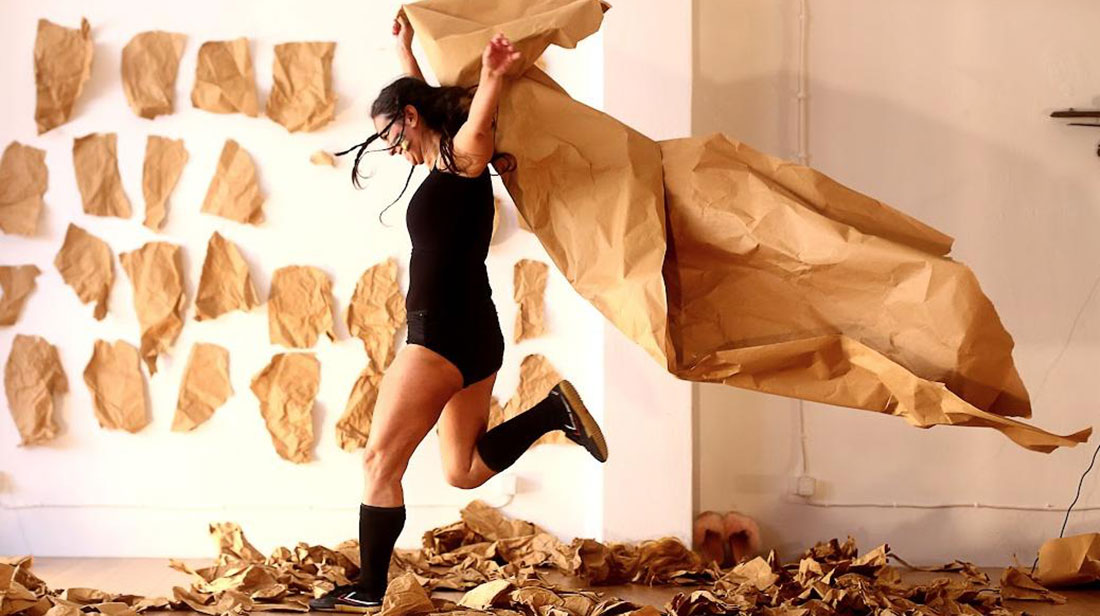 Entrance: 2 euros (only with pre-purchased tickets)

NOMAD is a physical theatre performance centered in the experiences of Ayşe, an immigrant woman in Europe. Through movement, comedy and tragedy – we explore the experience through the point of view of three characters: Ayşe – the heroine and the two institutional monsters: Eric (policeman and immigration officer) and the Paper Creature (an absurd embodiment of bureaucracy).

One evening, when I was a little girl, I was sitting at the beach with my father. The sea was as dark as the sky. Suddenly, a drop of light appeared to me on the horizon. It was not coming from boats and it was not moving. There was another land just opposite from us, like a fairyland with shiny lights in the middle of the sea. At once I asked my father where the lights were coming from. ” It is another country. It is Greece my little girl”, my father replied. I was shocked! Until then thought the sea was the end and that there was no other land… I told him full of excitement ”I wanna go there dad, it is so near!!!” His answer was bitter ”You can’t go there whenever you want Ayşe”.

As the little girl grows, her story follows her…

She just wanted to make her dream true and she did it. She finally moved to Greece.

Actually her story has just begun, living in a new country would not be easy for her.

“Nomad” is about immigration and the experience of a woman immigrant. It is a piece based on a real story.