A Couple on the Moon 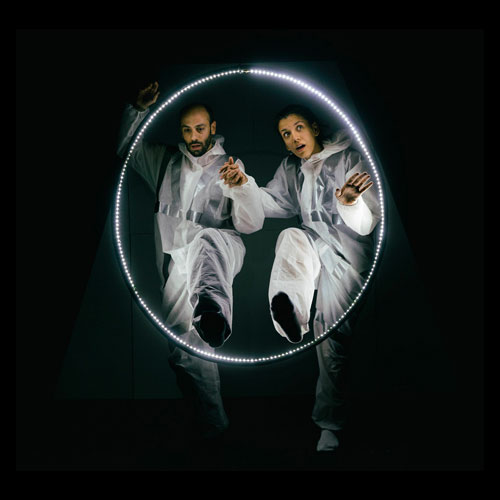 A couple on the Moon

Mute romantic comedy with live music. It is a seemingly simple story for a couple who live in Greece during the Dictatorship and try to cope with the drowning everyday life. At the same time as the first man who stepped on the Moon. At a time when a great achievement is being achieved for humanity. An achievement in which the whole world participated emotionally. A couple on the moon is a parable about the man who struggles to overcome the obstacles of reality. The heroes of this story are a couple in stagnation, trapped in a repetitive survival routine. Characters who stand still in the face of their problems while existentially, desperately looking for a journey far away.

A few words about the team:

The theatrical group Art Vouveau was founded in 2013 in Athens. One of the main goals of the group is to communicate its work in theater festivals inside and outside the borders. They have already taken part in many festivals including the 5th and 6th Inter-Balkan Theater Festival of Bursa (Turkey). At the same time, the main priority of the group is to hold silent theater workshops and they are a collaborating member of the Athens Culture Net of the Municipality of Athens.