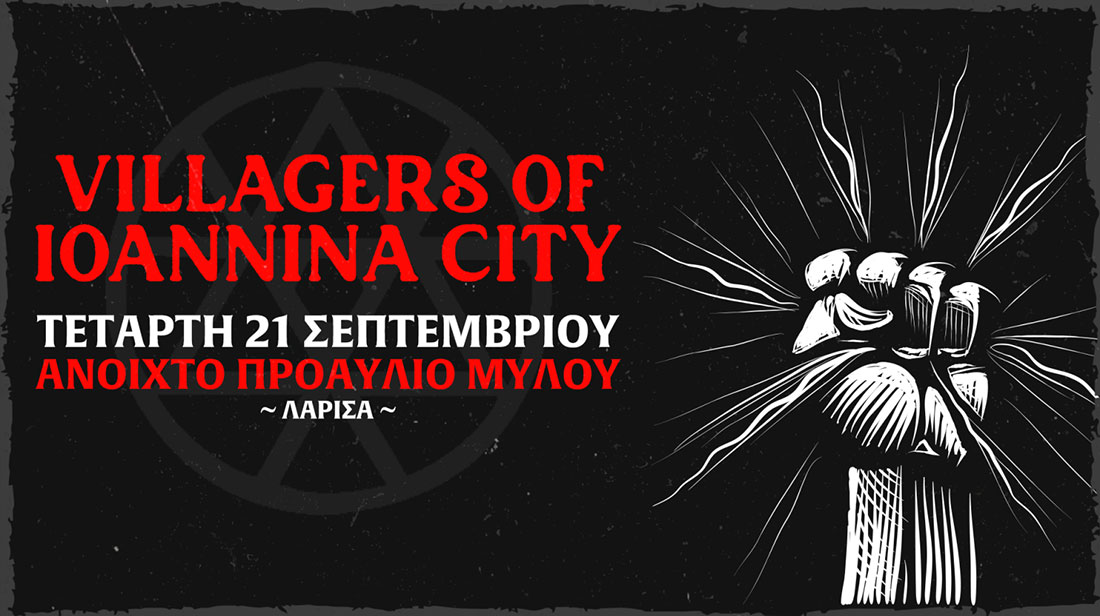 in cooperation with High Priority

Last year’s Revival Acoustic Tour left its mark all over Greece, through a series of thrilling performances by Villagers of Ioannina City that increased our impatience for their electric concert return, which will take place this year.

Villagers of Ioannina City entered the vanguard of the boiling Greek scene from their first steps, giving their generation songs and live performances that defined the sound of their entire generation. Their lyrics and melodies escaped musical boundaries and became a motto and a memory for their thousands of fans who fanatically follow their every musical venture, filling every venue they perform at across the country.

The honored pentatonic of Epirus showed the way to RIZA, an album that was loved like few others and opened the dance of sold out shows in Greece and then in Europe, while “Age of Aquarius” found them mellow and mature to incorporate their progressive rock influences into their unique sound that hides heavy rock, Black Sabbath, and Greek musical tradition.

Last year they presented a captivating mystical live experience touring all over Greece with the Revival Acoustic Tour, with audiences thrilled and bowing to the band’s artistic vision.

Now Villagers of Ioannina City are hitting the road again, embarking on a major European tour, followed by several stops in cities across Greece, to get in front of their fanatical audience that faithfully follows them.

Villagers of Ioannina City will perform at the Mill Courtyard, after the courtyard was kindly granted by the Mill Performing Arts Festival.