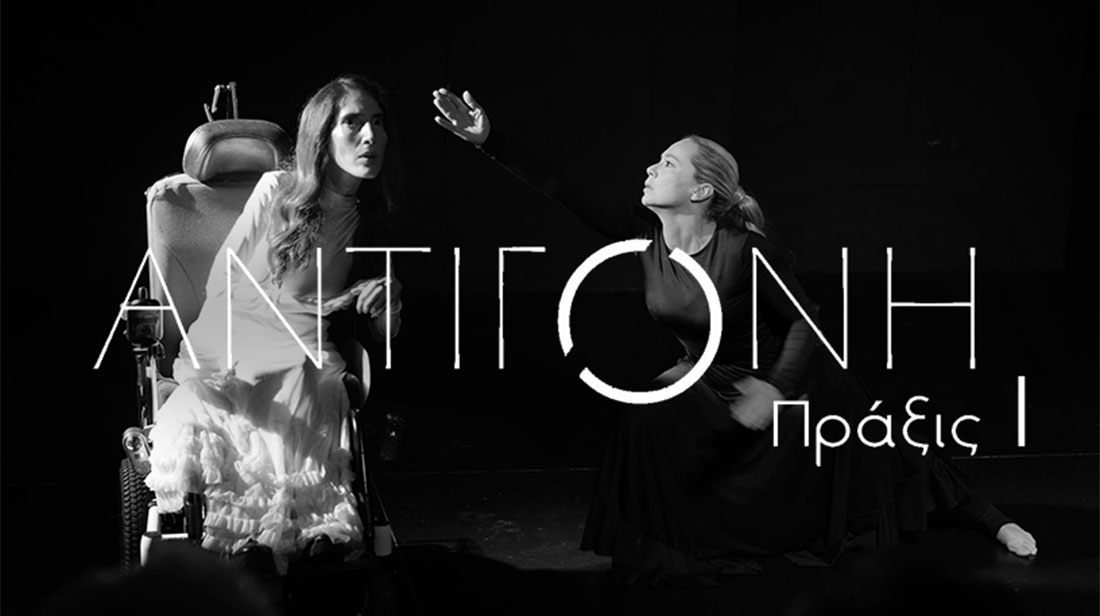 The professional inclusive theatre group THEAMA presents the completely accessible performance at the 9th Mill of Performing Arts-SYNTHESIS on Tuesday 20th of September at the Municipal Conservatory of Larissa.  The performance sheds light on the dilemma of Ismene and Antigone, the contradictions, the relationship, the confrontation, and the intense conflict between the two sisters.

“When action and reaction obey the uniqueness of the personal confinement. A uterus that gives birth to two points that interact in a path of the same historical condition, but different will.” (Vassilis Oikonomou)